Home » Garden » How to Use the Soil Texture Triangle

How to Use the Soil Texture Triangle

The USDA classifies soil types according to a soil texture triangle chart which gives names to various combinations of clay, sand, and silt. The chart can be a little confusing at first glance, however, it makes sense after seeing a few examples. 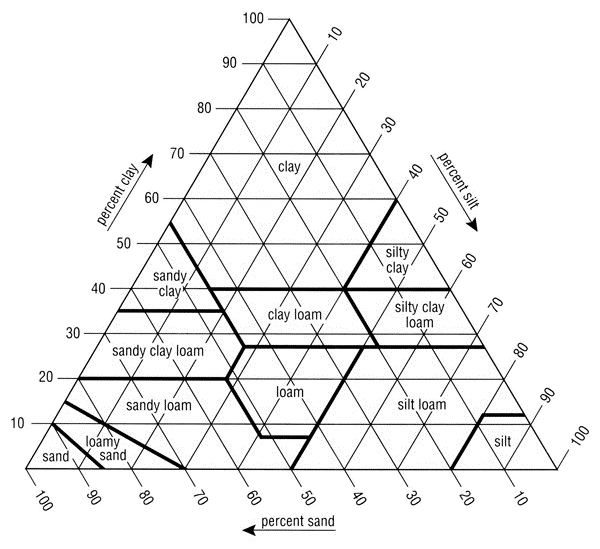 To classify a soil sample, you find the intersection of the three lines that correspond the three proportions. On the chart, all of the percents will add up to 100%. Apply the same method for other samples of different compositions. As an exercise, try to identify the following samples: